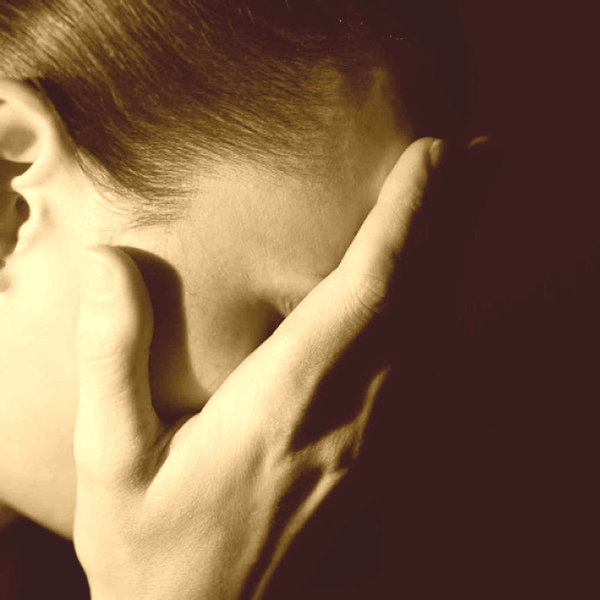 A History of Violence Against Women

Women have been subjected to abuse and violence for thousands of years. Thirty-eight hundred years ago, the Code of Hammurabi decreed that a wife was subservient to her husband, and he could inflict punishment on any member of his household for any transgression.

In Rome’s struggle to control Sicily and the northern Mediterranean coast it engaged in the Punic Wars against Carthage. The Punic wars were the most devastating wars that had ever been fought, and hundreds of thousands of soldiers were killed. This loss of men left many women with their husband’s or father’s wealth. In 216 B.C. the Oppian Law was passed, limiting the amount of gold a woman could own, and mandating all gold owned by single women had to be deposited with the state, to help finance the war. Then, in 195 B.C., after the war ended, women rallied for the repeal of the Oppian Law. Lucius Valerius supported the repeal, but, however, stated: “Never, while her men are well, is a woman’s slavery cast off.”[1] The Roman women also demanded that Roman authorities negotiate with Carthage for the release of 5,000 captured Roman soldiers. For the first time, women were given small liberties, had property rights and could sue their husbands for unjustified beatings.

However, around 300 A.D., around the time of Constantine, the Roman patriarchal order was reinstated.[2] The Roman Code of Paterfamilias stated, “If you should discover your wife in adultery, you may with impunity put her to death without a trial, but if you should commit adultery or indecency, she must not presume to lay a finger on you, nor does the law allow it.” If a wife walked outside with her face uncovered or attending a public event without her husband’s permission, it was an offense punishable by death by the husband. The Roman Emperor, Constantine, had his wife burned alive when she was no longer of use to him. Women were considered the property of the husband that could be disposed of. As the Catholic church became part of the Roman establishment, the subjugation of women continued, and was justified, taking the words of Saint Peter out of context:

1 Peter 2:18: “To those who are Servants among you: Submit to your masters in reverence, not only to the good and to the meek, but also to the severe and to the perverse” and 3:1 “In this way, also, you women, submit to your husbands.”

The Catholic Church continued to sanction the subjugation and beating of women by their husbands through the Middle Ages. When later, during the enlightenment of the French Renaissance, it was recognized that so many women were dying at the hands of their husbands that was having negative effects on the economy, French lawmakers passed laws to protect women and children. The effort was not to prevent abuse, but to prevent the loss of productive population.  For example, one law stated that men had the right to beat their wives as long as death did not follow.[3]

The courts in the United States continued to uphold a man’s right to punish his wife with violence until 1871. Then, in a case involving two emancipated slaves the Supreme Court of Alabama ruled that “The privilege, ancient though it may be, to beat (a wife) with a stick, to pull her hair, choke her, spit in her face or kick her about the floor or to inflict upon her other like indignities, is not now acknowledged by our law.”[4] In spite of this, courts and law enforcement mostly ignore domestic violence well into the 1970’s.  During that decade, Boston City Hospital reported that 70% of all assault victims treated in the ER were women attacked in their homes by husbands or lovers, and a quarter of all murders were cases of domestic violence.[5] It was not until the 1990’s in the United States that legislation and funding for law enforcement training to prevent domestic violence, protection of women, victim advocacy, and funding for family intervention began to curtail domestic violence.

Domestic abuse is not limited to Western culture.  In the 1970’s the former prime minister of Japan, Eisaku Sato was the first Asian to be awarded the Nobel Peace Prize, for his work on preventing the proliferation of nuclear weapons. At the time of the nomination, it was widely known in Japan that he regularly beat his wife, including beatings which occurred in public. Domestic violence was a cultural norm in Japan. It was not until 2001 that Japan enacted legislation aimed at preventing such violence and protecting its victims.[6]

Legislation and law enforcement can help change the culture of violence. Legislation, with publicly visible enforcement, changes the perception of authority and its power over others.

Any challenge to authority, no matter how trivial, can unleash the maximal level of retaliatory violence allotted to the person wielding that authority. When one person understands that they are imbued with authority over another, any challenge to that authority becomes a threat. That threat may be met with whatever level of force the authority can wield until the person is subjugated. A culture of domestic violence will persist until it is clear that no one in the society has the authority to use violence or abuse other persons.

The Hope Museum will chronicle the history of women’s subjugation as a means to discuss where we are now, and how to move away from a culture of violence, abuse, and exploitation to a society where all members are allowed to participate as equals. It will work to spread the understanding that no one has the the right to use violence against another person.

Domestic Aggression and Violence as Pathology

Although there is no excuse for abuse, there are causes. These causes can and should be treated. These conditions need to be diagnosed and adequately treated to decrease the risk of domestic violence. If the transgressor is offered non-judgmental, non-punitive assistance to overcome their problems, they are much more likely to seek the treatment they need. Self-loathing, self-recrimination, and shame are ineffective preventive treatments for domestic violence.

Even in cultures permitting corporal punishment of women by their husbands, most of the violence against women is the result of social or medical pathology. A study conducted at King Saud University in Riyadh, Saudi Arabia found that Bedouin men living in the desert were less likely to beat their wives than were educated men living in the city.  The study found that while cultural factors such as “poor religious motives,” arrogance, and a tendency to control contributed to abuse, much of the violent behavior against women was associated with drug addiction, alcoholism, psychological problems, poverty, and unemployment.[7] In the United States, where domestic violence is clearly illegal, and culturally disgraceful, partner violence often has similar underlying causes. Perpetrators of domestic violence frequently have a history of having been abused as children. Traumatic brain injury, drug abuse, alcohol abuse, post-traumatic stress disorder (PTSD), rage disorder, depression, bipolar disorder, chronic pain, and irritability caused by inflammation can increase the likelihood of domestic violence.

Doctors are trained to inquire about domestic abuse, however; screening for abuse is infrequently done unless there are injuries or other reason to suspect it. Quelling the incidence of domestic violence and child abuse will require wider screening, and not only for victims of violence but also screening for and offering perpetrators of domestic abuse non-accusatory non-punitive treatment and coping skill training. CNS inflammation and injury often causes rage, PTSD, impulsiveness, and aggression. Traumatic brain injury is a common cause of abusive and violent behavior.

A review of nine different studies found that 30% of juvenile offenders had a history of traumatic brain injury (TBI). Sixty-five percent of adult male prisoners[8] and 70 percent of incarcerated youth[9] were found to have a history of TBI. Violent behavior often leads to these incarcerations. These individuals get into trouble with the law because of poor impulse control and poor decision making. Common symptoms of TBI include insomnia, irritability, impulsivity, restlessness, emotional outbursts, as well as anxiety and depression that lead to increased use and frequency of drug addiction and alcoholism.[10] In the United States, about one-third of the homeless population has schizophrenia or BPD, and 20% of those in jail or prison have schizophrenia.[11] Clearly, a considerable portion of domestic violence is the result of disease.

The Hope Museum will work increase awareness to the causes of domestic violence and train health care providers to better screen for perpetrators domestic violence and treat those at risk of harming themselves and those around them. The museum will work with experts in the field to develop treatment protocols that work to help these people recover, and help disseminate this knowledge.

A Domestic Violence Screening Tool, including the screening for perpetrators of partner and child abuse, is available for use.

Date rape is just rape. Marital rape is a crime in all 50 states, and non-consensual sex within marriage is criminal rape in most states.[12] Clearly, date rape is a crime every state. Yet, it remains common and even protected on American college campuses.

On-campus rape is an area that The Hope Museum is concerned with. It is estimated that five percent of women attending college in the U.S. are the victim of rape each year they attend school. By the time a young woman graduates with a bachelor’s degree, as many as 20% of them have been raped, usually by someone they know. Young men are also, however, less frequently, sexually assaulted (by both men and women). Only 13% of rape victims report the assaults, as reporting it often leads to further trauma; the victim is often blamed or shamed.

When a student reports a raped on most U.S. colleges, the student is generally sent to a counselor, and very often encouraged to take time off, and return to the college after the perpetrator has graduated with their college degree. Colleges usually steer the victim away from the police. The schools want to avoid accurate rape reporting and statistics; assuming that some campuses have higher rates, what young women would attend a college knowing her chances of being raped was one in three? What parent would pay to send their child to such a school?

While the number of rapes on a single college campus may number in the hundreds per year, (assuming a college with 5ooo female students and 5% annual rape rate suggests that 250 women would be raped each year) and in spite of the victim knowing the identity of the perpetrator, prosecutions for on campus “date” rape are rare, and even disciplinary actions against the perpetrator are unusual, even when the victim publicly pursues legal action.

The Whitehouse Taskforce on Campus Sexual Violence is promoting the “It’s on us” campaign. This is a 30-second public service message that typifies the campaign:

The Hope Museum applauds this campaign; there remains a large population that is openly hostile to the concept of date rape, holding the opinion that any touching grants implicit consent, and that the allegations of rape are just woman with morning-after regret of their consent or seeking retribution when a relationship does not go as they had wished.

Nevertheless, the implicit message of the campaign, that nice people don’t rape fellow students (except, perhaps when they have had way too much to drink), is  effete, and unlikely to prevention campus sexual violence. The “It’s on us” campaign is insufficient. It relies solely on voluntary compliance and continues to treat rape and sexual violence as a snowflake crime.

The Hope Museum will be a forum for discussing exploitation and violence against women, and seek ways to end it. It will encourage honest reporting by colleges of the crimes that occur there, so that that the colleges take responsibility to protect their students.